A Brief History of Medical Care in Everest

Prior to the 1950s, the Sherpas had little access to modern medical care in Everest. The closest the Sherpas were to allopathic medicine then was when they went to trade, and went on pilgrimage, to Northern India and Tibet, where they would bring along “traditional Tibetan medicines”.


Sherpa’s usually sought divine intervention, usually trying to find the cause of the illness before treating the symptoms and would seek lhawas, or spirit mediums, and amchi’s, who are practitioners of Tibetan Medicine. One of the first experiences of allopathic medicine was in 1963, during a terrible smallpox epidemic that threatened to ravage the people of the Everest area. Sir Edmund Hillary was on an Expedition, saw that people were starting to succumb to the disease, and was swiftly able to get about 7,000 villagers vaccinated by coordinating with the Red Cross. Sir Edmund Hillary was dismayed by the transiency of allopathic medicine in Nepal, usually, medicine would only come in from the hands of various Expedition Teams ascending the peaks and there was no permanent Hospital or dispensary. Sir Edmund Hillary was able to get approval from the Nepalese government, and through private funds, a Hospital was built in Khunde, that also became the main source of medicines. (read more) 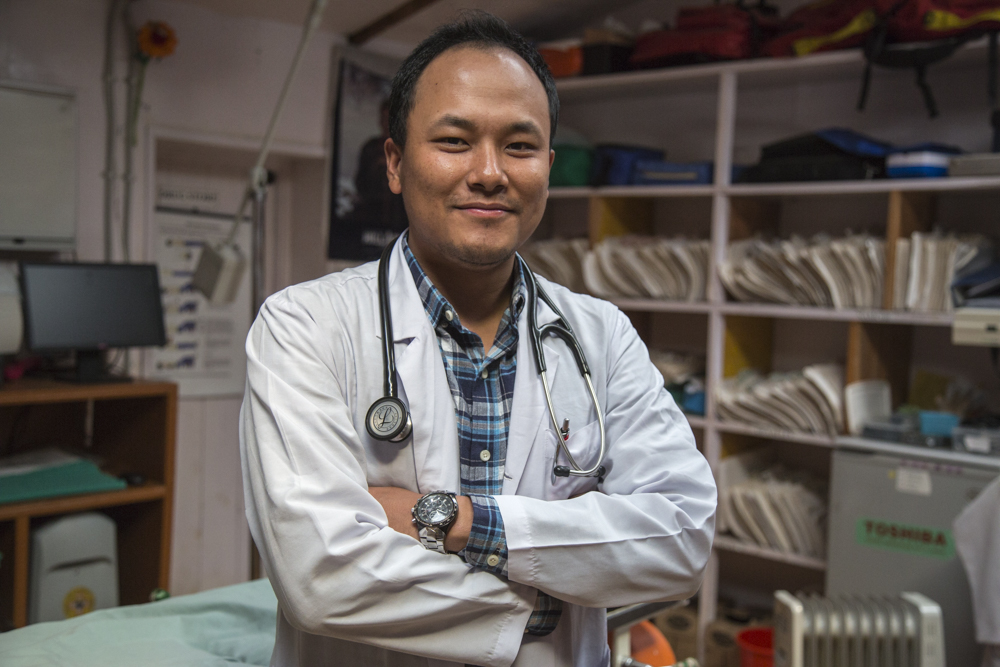 Kunde Hospital was run by the Himalayan Trust New Zealand and the Sir Edmund Hillary Trust. It was founded in 1966 by Sir Edmund Hillary, and since 2002 has been staffed by local doctors and health workers. The hospital provides inpatient and outpatient services, OPD services, and deliver several other services catered to the locals in the region. The hospital has smaller service centers, in the villages of Phortse, Thame, and Monjo; these centers can provide first aid to trekkers. To this day, the Hospital in Kunde is one of the main healthcare providers in the Region and it is worthwhile to have a look inside the Hospital and make a donation if you can.

Other notable Hospitals in the region

The Pasang Lhamu - Nicole Niquille Hospital is another one of the Everest region's most important Hospitals, and is located in Lukla. It is currently managed by the Pasang Lhamu Mountaineering Foundation and receives technical and financial support from the Nicole Niquille Foundation. It's a professionally run hospital with visiting doctors, including specialists in Altitude Sickness, and they have a range of services such as inpatient and outpatient care, dressing and injections, X-rays, dental services, eye clinic, and Maternity care. These services are all provided to locals for a minimum fee, and international trekkers pay USD 50 for consultation and medicine fees are additional. The Pasang Lhamu Foundation also has extensive Projects for Healthcare and Education throughout the Region (read more). 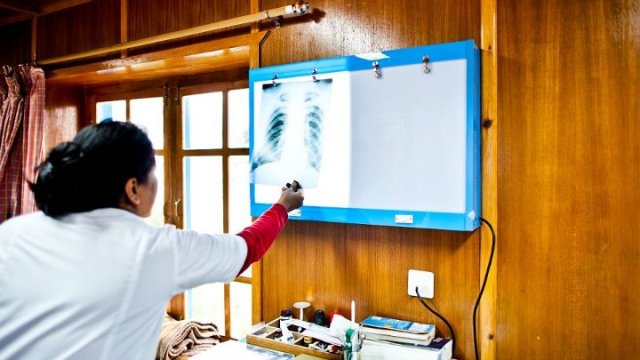 Khumbu has made leaps and bounds in medical care, but there is still a long way to go. We look forward to and hope to participate in, future Public Health Campaigns and infrastructure projects, in this beautiful region.